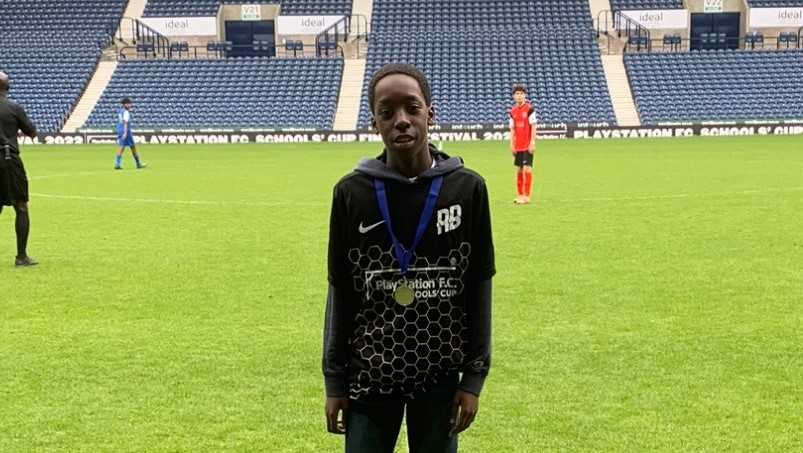 Year 9 learner, Matthew Nyatanga took part in the first ever PlayStation F.C. Schools Cup FIFA 22 Championship this week. He attended West Bromwich Albion FC, where he competed against 31 other students from across the UK. Matthew was brilliant throughout the day, and once he had won his first game he managed to get through to the last 16 knockout stages. Unfortunately, Matthew was unable to overcome semi-finalist Leo Robertson of Bradon Forrest School, Wilsthire, and was knocked out of the tournament with a 5-3 defeat.

The JCB Academy were one of only 32 schools from 100s of entries, that were selected to compete in the UK competition.